Who would think that switching 105 post lights could have such a big environmental impact? That was the result of a community service program developed by Carmel High School’s Green Lights Club. The Club developed the program to “green” Carmel neighborhoods by raising awareness about the benefits of using energy-efficient compact fluorescent bulbs for outdoor dusk-to-dawn yard lights. The Club specifically targeted the front-yard post light because these lights are on all night, every night, and over the course of a year are used for over 4,250 hours.

The Club’s leader, Ben Webb, junior at CHS said “Switching the post light to a CFL was the easiest way to have a big impact on energy use and carbon reduction with very little cost and effort. Switching a dusk-to-dawn light to a CFL saves a homeowner $20 per year and reduces their carbon footprint by 400 pounds annually.”

Students joining the club committed to making one ton of difference by asking 5 homeowners to ‘green-up’ for Earth Day by switching their post light. In the weeks leading up to Earth Day, students reached out to 105 homes in 44 Carmel neighborhoods. Collectively, this energy conservation effort will add up to $2,100 annual savings for homeowners and reduce pollution by 52.5 tons of carbon dioxide emissions over the life of the CFL bulbs.

“We are very happy with the positive impact we are having on the economy and the environment. The Club should be proud of their actions to save energy and reduce pollution. And we’re grateful to the homeowners and neighborhoods that supported our project. We hope all homeowners in Carmel will take the initiative to ‘green-up’ their neighborhood by taking this simple and cost effective step which saves money and conserves energy.” said Webb. The Green Lights Club is a Carmel High School club focused on raising awareness on energy efficient lighting.  They distributed the CFLs during Earth Week 2010. 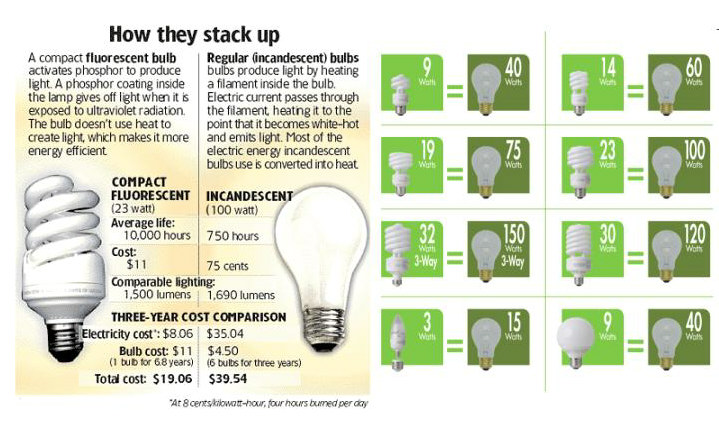